It's getting to that time again where I need to call the sleep police. Wow, to say my children are bad at night has to be an understatement. In our house we seriously can't fathom out the expression slept like a baby. What, restless, up every hour and demanding milk.

These last few days have been particularly bad, even for my two. Friday night was fun, and not in a going to town to get drunk and dance kinda way. More like getting up and 1am and not going back to sleep until 4am and then getting up again at 6am.

Dennis was the instigator and woke up first, after about an hour and a half of trying and failing miserably to get him back to sleep, he wakes gremlin. Damien has arisen, (yes, he had also made his way into our bed somewhere around midnight) "I want lunch" came his first demand and I want to eat it downstairs.

So at 3am I find myself downstairs with both boys and Daddy Pig, watching recorded children's shows. Thank the lord for Sky +! Damien settles for milk over lunch but then requests to play in the garden. When told no, he opted for a poo instead.

We finally go back upstairs at 4am and all manage to get back to sleep for a grand total of two hours.

Last night was equally as bad, but for different reasons. Damien decided he didn't want to go to bed which resulted in him waking up Dennis.

He eventually went to sleep at eight on the bribe of having sweets for breakfast. Then just as I was sitting down for dinner for the first time Dennis gets up! Ten minutes later and I try to eat again. Oh no, Damien had other ideas back up the apple and pears I go.

This time he is having none of the magic milk and ends up downstairs with us. I eventually take him upstairs and feed, feed and feed some more. I ended up on all fours feeding him and feeling like a cow. Moooooo! 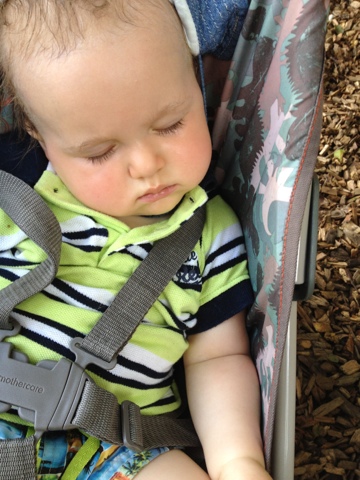 Posted by The Milkshake Mummy at 21:52