So we were lucky enough for Tomy Toys to send us dancing Winnie The Pooh. It's amazing and the boys love it.

The problem I'm having with it is that Dennis at 20 months thinks poo is hilarious. We get mummy poo, jake poo and anyone he meets is poo. So perhaps it was my fault that I told him we have a dancing Pooh! Mummy fail as we now have to take Pooh everywhere. Except Dennis forgets the H and just goes with poo.

"I want poo" is his newest sentence, along with "I like poo" and "take poo".

With the language barrier aside, dancing Winnie the Pooh is a total hit! He is entertaining and very robust. Damien likes to dance with him which results in pooh flying everywhere. See I remembered the H.

Aimed at babies from 10 months up to 36 months he is the perfect playmate. Stimulating and fun, Pooh comes with two functions a dance with me mode and musical statute mode.

Even I was impressed and found myself giving his hand a little squeeze once the boys had gone to bed. Perhaps it should say 36 years not months. I am only 30 be kind.

We are having great fun with our dancing Winnie the Pooh and he has provided many giggles along the way. 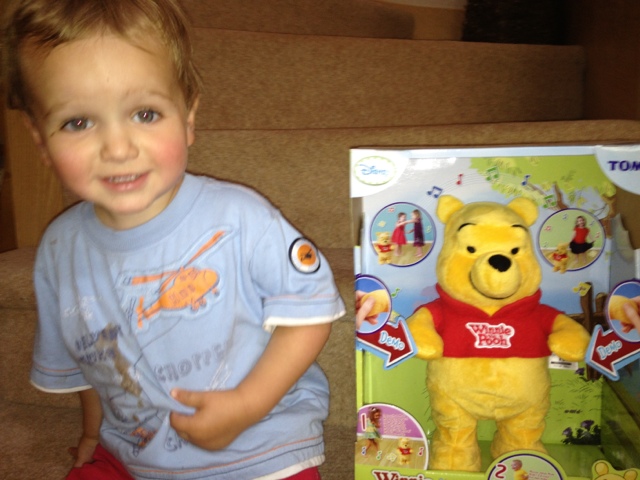 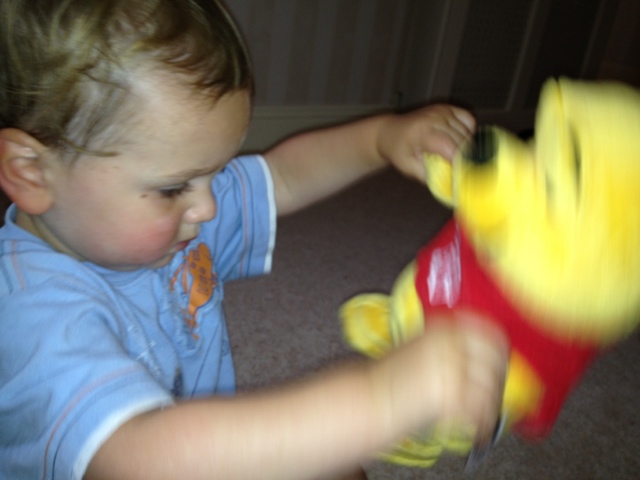 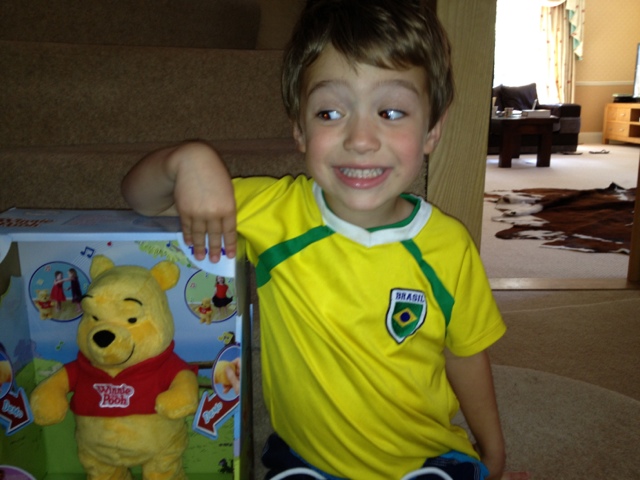 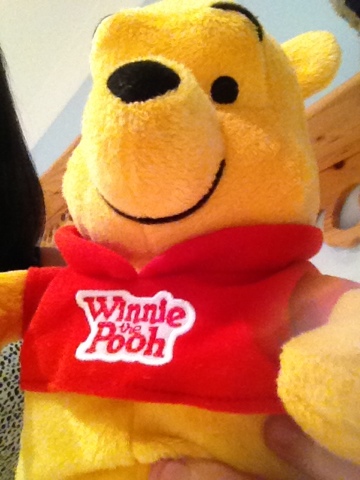 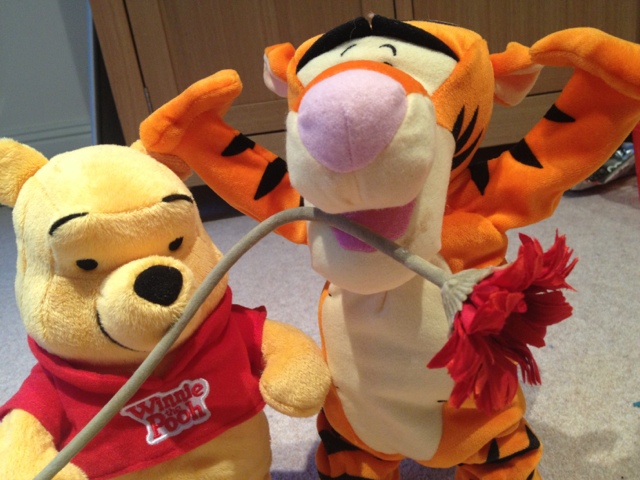 Posted by The Milkshake Mummy at 12:02