How to make the perfect gingerbread man

Well what can I say, clearly I'm a total domestic goddess in the kitchen! This time I have totally excelled myself.

I decided to turn my hand to making Gingerbread men with the boys, I mean how hard could that be? I even cheated and bought a packet mix from the supermarket.

I actually don't own a pair of scales and hadn't read the instructions before buying which said add 30g of butter. Hmmm, I may have added a touch too much. I also don't own a jug so guessed 10mm of water.

Big mistake! The soft dough it described on the box resembled cake mix. I thought about putting it in cup cake cases but Damien was having none of it. So, nigella here, added a load of flour, self raising I may add,which turned my awful mix into something which I thought may work.

It started off promising, it looked good and rolled out well, then we got out the cutter. It just turned to mush. So I decided to turn them into round biscuits. All the mixture stuck to my hands as I just threw the random shaped biscuits into the tray.

Well, when I looked in the oven, I almost had a heart attack. This massive phallic biscuit was staring at me. See pictures below.

Just when I didn't think it could get any worse. I saw Damien's decoration of them. That was it, I was doubled over with laughter and have to say it made my day. 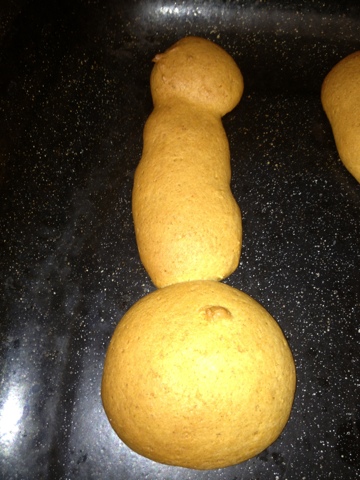 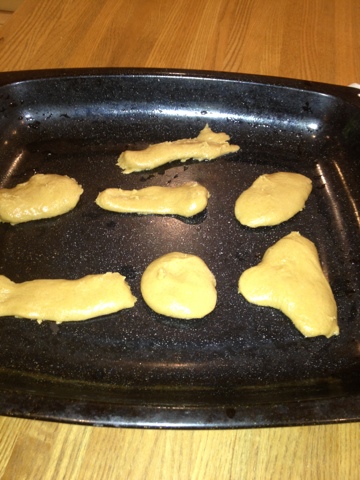 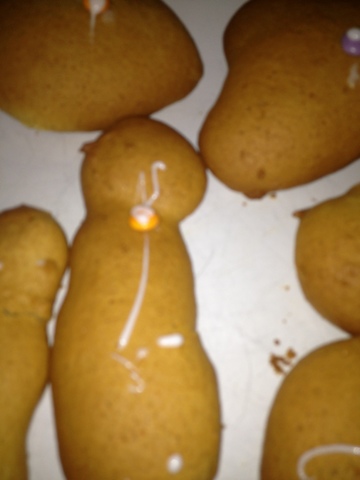 Posted by The Milkshake Mummy at 10:56